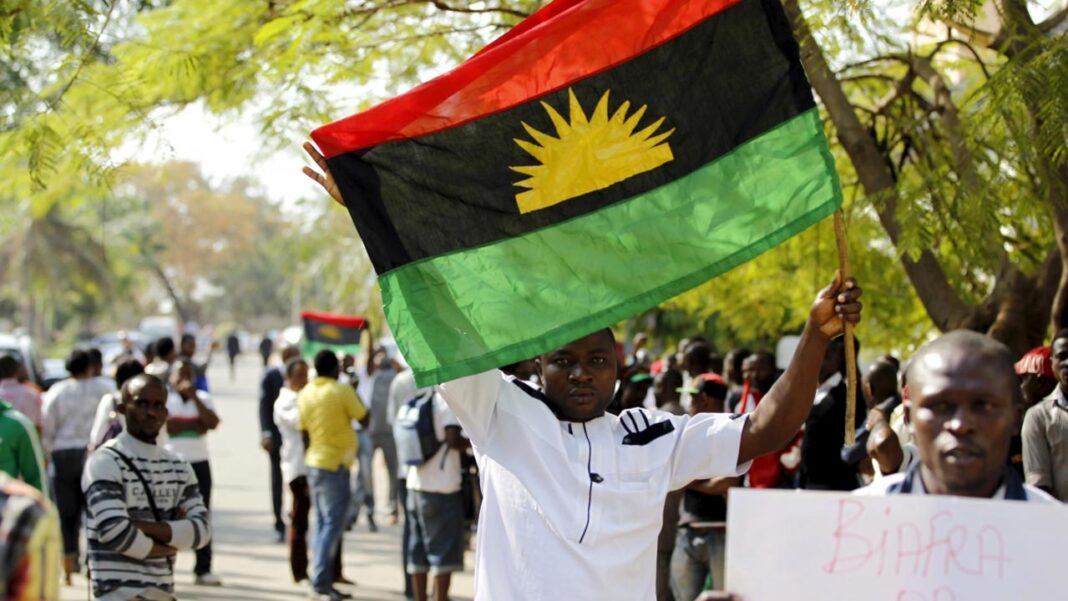 The Indigenous People of Biafa (IPOB), on Friday, May 27, said the killers of a Hausa woman, simply identified as Fatima, with four children in Anambra State, are not members of the group or Eastern Security Network (ESN).

IPOB noted that it’s an abomination to kill a pregnant woman in Igbo land, hence ESN or the separatist group had no hands in Fatima’s murder.

Emma Powerful, the spokesman of IPOB, alleged that Fulanis murdered Fatima in a bid to cause disaffection between Igbos and Hausas.

Powerful, in a statement, warned that those behind her murder must pay for their abominable act.

The statement reads, “We the global family and movement of the Indigenous People of Biafra (IPOB) ably led by our great leader, Mazi Nnamdi Kanu, wish to state unequivocally that we have no hands in the killing of Hausa woman and her children in Agulu, Anambra State.

”We strongly condemn that abominable act.

”In Igbo land it’s an abomination to kill a pregnant woman. The perpetrators of this heinous crime are certainly not IPOB and could never have been IPOB.

“We have always said it that terrorists were imported into Biafra land to commit the ongoing atrocities all in an attempt to discredit our struggle, demonise IPOB and proscribe it then lobby and bribe Britain to tag us a terror group with the hope to stop our march to freedom but the doubters who already have a predetermined belief will not listen.

“The husband said he ran away from his home state, Adamawa, because of terrorists pursuing him and his family members.

”How are we sure that those pursuing him from his place were not behind to this wicked murder of this pregnant woman and her children?

”The people pursuing him can come here and kill them to give the impression that Igbos and IPOB killed them.

”We can’t kill pregnant women, and children is an abomination in our land.

”The criminals behind this barbarity should be prepared to pay for their heinous crimes.

“IPOB has severally called these criminals to allow Hausa citizens to do their legitimate business in our land because Hausa suffer the same fate we are facing in the hands of Fulani terrorists claiming they are herdsmen in Nigeria.

“Fulani people decided to kill the woman and her children and blame it on IPOB so that Hausa people can help them start killing Igbo people living in the North because they know they can’t do it again.

”The Hausas leaders must not fall for this Fulani gimmick.

”We assure them that the Hausa community in Biafraland are safe and should continue to live their normal life amongst our people and go about their legitimate businesses,” he added.