Mummy GO:– BBNaija is Demonic, Christians Who Watch The Show Are Bastards (Video)

by David Webb · 6 months ago 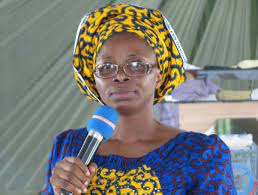 Controversial Nigerian evangelist, Funmilayo Adebayo aka Mummy GO has lashed out at Christians watching reality show, Big Brother Naija.
According to the evangelist, any Christian who watches BBNaija is “a bastard”.
Recall that in the past, many people kicked against the show, saying it is “anti-Christ and promotes immorality.”
Adding her own voice to the drama, Mummy GO claimed the show’s logo is “demonic”.
‘This is the logo of Big Brother Nigeria (BBNaija). For a child of God to be watching this demonic programme, you’re nothing but a bastard,” she said.
“And you’re not only the bastard, your pastor is also a bastard… because this logo is represents eyes of Orion, which one of the archangels that fell fighting God…anti-God.”
Mummy GO became a viral sensation on social media earlier this year over sermons propagating unorthodox moral standards.
It remains to the seen if the viral video is a recent one or one of her old messages.
Watch the video below:

Mummy GO: For a child of God to watch this demonic program, you are nothing but a b*st*rd.#BBNaija7 #BBNaijaSeason7 #BBNaija pic.twitter.com/nvsz56mc11