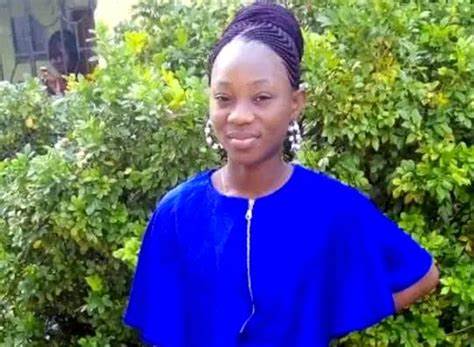 The kidnapped female corps member, Faith Onoriode, who was abducted along Kaduna-Abuja road alongside other travellers, has regained freedom after spending over two months in the den of her abductors.

She was abducted with other travellers along the Kaduna-Abuja road by bandits, on her way to Jigawa State for her National Youth Service Corps (NYSC) program.

Her relatives were said to have paid the kidnappers N2 million in ransom, purchased a motorcycle, and five Tecno phones with a N100,000 recharge card.

They allegedly paid N300,000 for the motorcycle’s delivery.

Onoriode is a Biology/Microbiology graduate of the Delta State Polytechnic, Otefe, Oghara, who was posted to the NYSC orientation camp in Jigawa State.

After demanding ransom a few days after Onoriode was abducted, the kidnappers called her relatives and specifically demanded for N2 million in cash, five new Tecno phones, a new motorcycle, and a N100,000 recharge card.

Her brother, Festus Onoriode, confirmed her release and stated that his sister was released on Sunday, May 29.

“They also demanded a motorbike and five phones.

“They gave the specification of the motorcycle and the phone. The kidnappers stated that the motorbike is presently not being sold in Kaduna state, and suggested that we purchase it from Lagos state.

“We bought the bike and added the five tecno phones.

“When we told them we were ready with the bike, they advised us to arrange for escort to take it to a spot, and the escort collected N300,000 to do this.

“It was God. We went round churches for prayers while my sister was in the custody of the kidnappers.

“It was God that released her. We are thanking God for all He did.

“She is in a hospital in Kaduna at the moment.

“We also thank security agencies in Kaduna state for all they did for us. It was not easy raising the ransom but we are thankful that she came out alive,” he added.