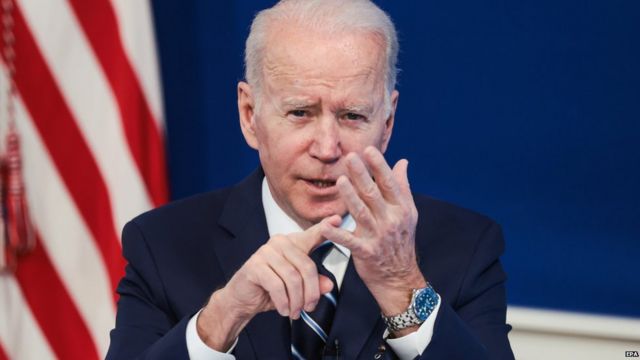 The Biden administration announced on Tuesday, May 31 2022 that it will deploy a small number of high-tech, medium-range rocket systems to Ukraine, a crucial weapon that Ukrainian authorities have been pleading for as they try to halt Russian progress in the Donbas region.

According to two senior administration officials, the rocket systems are part of a fresh $700 million tranche of security support for Ukraine from the US, which will include helicopters, Javelin antitank missile systems, tactical vehicles, spare parts, and more.

The officials talked on the condition of anonymity in order to give a sneak peek at the weaponry package, which will be disclosed in full on Wednesday, according to Reuters News.

The US decision to send advanced rocket systems attempts to find a balance between the urge to assist Ukraine in combating Russian artillery barrages and the desire to avoid providing armaments that would allow Ukraine to strike targets deep within Russia, perhaps escalating the war.

President Joe Biden revealed his decision to “supply the Ukrainians with more advanced rocket launchers and weapons that will enable them to more precisely strike vital targets on the battlefield in Ukraine” in a guest column published in The New York Times on Tuesday evening.

On Monday, Biden stated that the US would not supply Ukraine “rocket systems capable of striking Russia.”

If a military system is close enough to the Russian border, it can fire into Russia. The aid package, which is due to be presented on Wednesday, will deploy what the US deems medium-range rockets, which can travel up to 70 kilometers (45 miles), according to authorities.

However, as the war has evolved from Russia’s broader attempt to seize the capital, Kyiv, and other cities to more close-contact clashes for small patches of terrain in the east and south, the US and its allies have increased the armament going into Ukraine.

To that end, Ukrainian President, Volodymyr Zelenskyy has pleaded with the West to deliver multiple launch rocket systems to Ukraine as quickly as possible in order to assist stop Russia from destroying villages in the Donbas.